Why do we Exist? 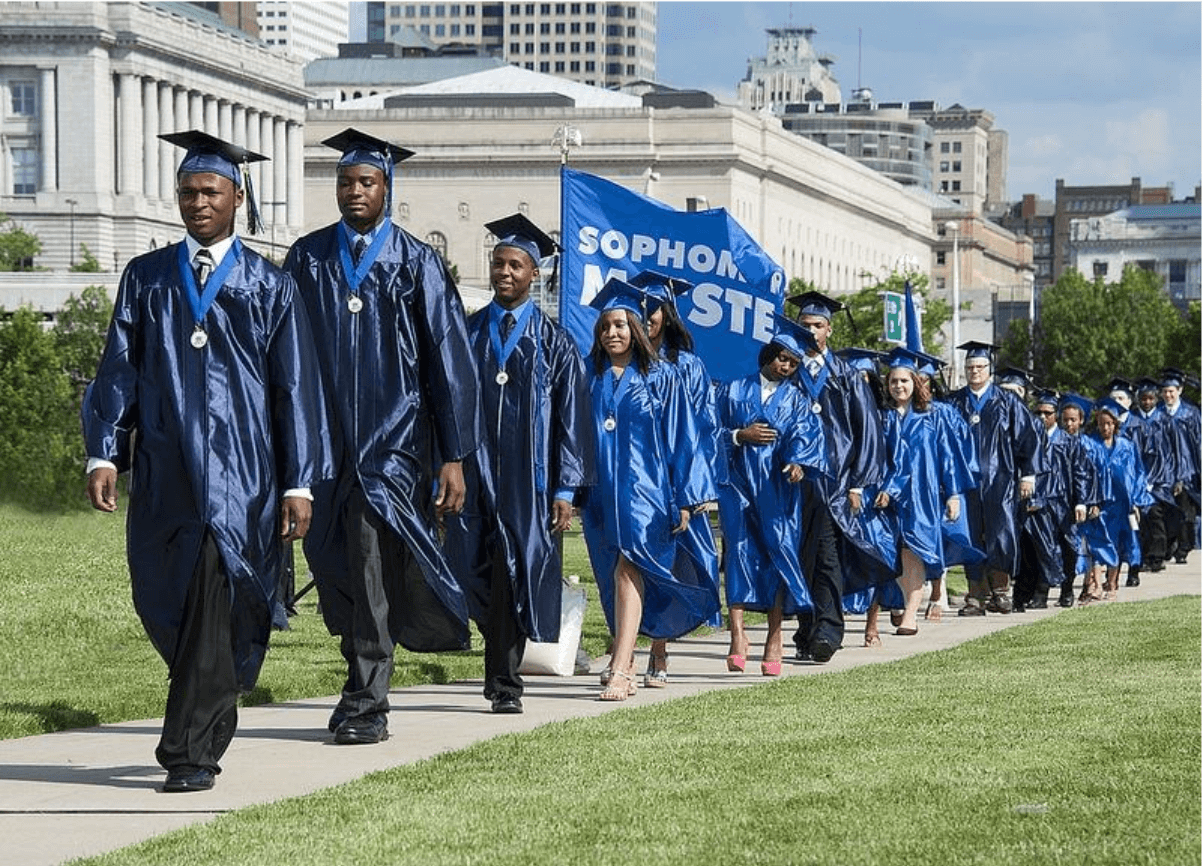 About 12 years ago, I was hired as the founding head of school for MC2STEM high school in the Cleveland Metropolitan School district. By design, this school would become a national model for STEM education. Working within CMSD but granted some autonomy we started out to produce school designed for the future of STEM. I am pretty proud of what were able to accomplish. These are my babies from our first graduating class. By the time they were sophomores, the world was beginning to take notice of the amazing work that they (and their teachers) were doing. The school boasted a transdisciplinary, project based approach to content delivery, a mastery-based grading system, the first MIT Fab Lab in a school in the United States, a year round school calendar, and many more innovative buzzwords that placed us squarely at the intersection of rhetoric and action. All of this and physical locations that included the 9th grade in the Great Lakes Science Center with an active partnership with NASA Glenn Research Center. 10th grade at NELA Park which was GEs world headquarters for lighting making us the first school to be house on a fortune 500 company’s world headquarters, and 11th and 12th graders out in the community doing internships, and taking classes at several of the local colleges and universities or from our teachers at our third site on the Campus of Cleveland State University.

So once it was clear that there was something really special happening with our students at mc2 stem high school people started to write and talk about our school. We were featured in several books, the school received several national awards and the president even mentioned our school in the state of the union address. While President Obama was addressing the issues of education he said that America needs more schools like MC2 STEM. So you can imagine all of this attention generated interests from visitors from all over the place. I started to get request from people to visit. People wanted me to help them build their own versions of mc2 stem. People wanted me to train their staff on PBL instruction, mastery based grading, using a Fab lab in schools. At first it was exciting and I tried to accommodate every request. I worked with districts. I worked with teachers.

I have even been working with the Ministry of Education in Egypt to help them build and support a system of public stem high school there in Egypt. What an ego boost from every one associated with the school to be held in such high regard that people wanted to replicate what we were doing. But soon the excitement turned more to frustration as I began to realize the challenges faced by individuals trying to implement our complicated nuanced approaches into more mainstream educational environments. What I began to realize was that process that we had codified in our environment translated well to training modules but they did not stand up to the pressures of the established bureaucratic system when removed from their insolated “start Up” environments and placed in existing environments. This didn’t sit well with me and so I started to look around at what others were doing thinking that I must be missing something. To be honest, what I saw out there was actually not much better. Lots of trainers some associated with high-powered institutions that were either operating around the edges or not really moving the needle for the majority. 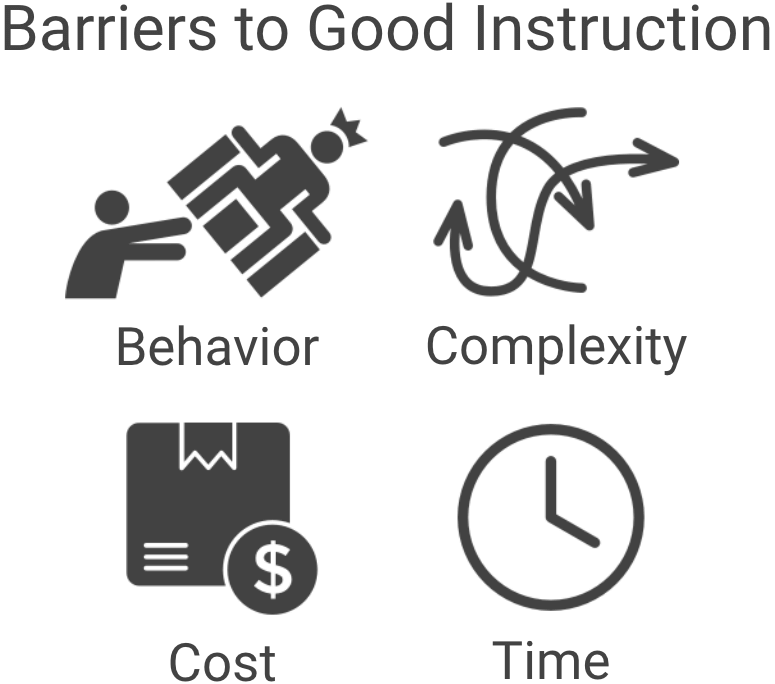 The reality of what is needed has become clear to me. When you boil it all down to what is the heart of all these experiences that I have been a part of its student engagement that changes the game. And in educational environments, it is the teacher who ultimately determines how engaged or disengaged students are. It is really the interaction between educators and students that fundamentally changes everything.

Its not the laser cutter or the shiny new drone kit…don’t get me wrong these are tools that can take experiences to a very high level (no pun intended) but it’s not the right place to start. I have seen plenty of schools purchase cool tech equipment with no plan for how these tools were going to be integrated into an engaging student experience for all kids in the school and then that shiny tech became nothing more than the backdrop for community partnership meetings talking about the future of education. This at the same time that the classrooms right next to the 100,000 dollar lab, teachers are lecturing rows of students from a textbook produced before the students were born. But unfortunately it is easier to buy (and convince people to buy) shinny tech stuff then it is to fundamentally change the basic interaction between the students and their teacher. Lost in all of this is that the technology with the most potential to impact the classroom is already in most classroom in America, the internet…

So I have been able to create / support innovative environments and seen first-hand what kids can do when they are set loose in these environments. But what about the rest of the kids in the majority of schools. I cannot begin to count the number of “good educational Ideas” I have seen meet a miraculous demise when they face the reality of the classroom. How much money has been thrown at the problem of an antiquated educational system with little if any impact on the system as a whole. Money wasted, time wasted, teachers more jaded each time a new initiate with a new acronym is present to them during their summer Professional Development session by people who have often spent more time in ivory colored towers than in the classrooms with the teachers that they claim to be able to fix. Doesn’t it seem crazy to continue to bang our heads against this thick bureaucratic wall, which is the American educational system? What if we could borrow a page from the tech world and find a way to hack the system. This could only happen if we found a way to offer something so simple and powerful that teachers themselves were willingly adopting it and actually sharing it with each other. Similar to the growth of Kahn Academy for differentiation of content or Class DoJO for behavioral management.