How do we know this works?

OK great it looks like this has some potential but what is going to happen when teachers start to try this in their classroom. So I spent the entire first year trying to figure out if this could work in classroom and then what would it need so that it could be spread and supported in a sustainable way. My goal was 1000 SOLE sessions in 6 months. I am really focused on nailing this and then scaling it. This is Dora Bechtel. She was the first teacher that I found that was willing to let me try this with her class. It was a second grade class in a K-8 school in CMSD. We did SOLEs together a few times and then she helped me introduce it to the rest of her school. 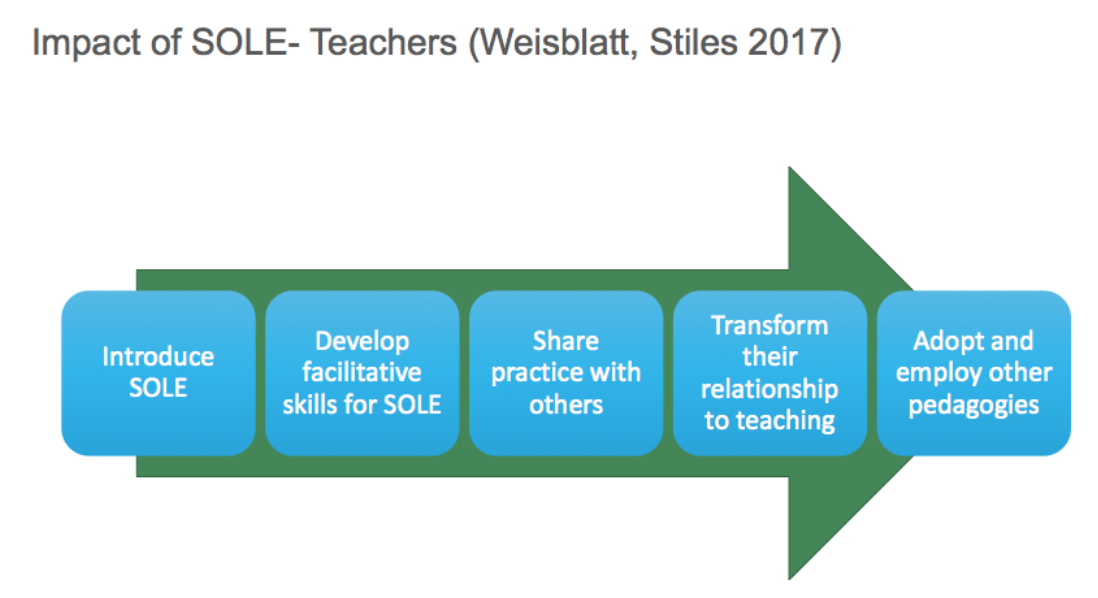 It just started to take off from there. And by the end of the first school year (starting in January- June) I had seen or heard first hand reports from people who had done over 1000 SOLE sessions with people ranging from PreK-Adults. Subjects from math, science, ss, ELA to graduate level statistics and even adult community health worker training courses.

I had personally facilitated around 150 SOLE sessions with big groups and small groups. In classrooms k-16 and with adults anywhere and everywhere. Two of the crazier things that I did were a SOLE with 150 Cleveland Public Librarians where we posed the question what is the future of the libraries and one with 1000 students from all over the state of Ohio with the question, “What is in your heart and in your mind about the ownership of power in your community?” Obviously I could not facilitate these large groups by myself but by then I had connected with an AmeriCorps supported organization and trained these volunteers to help support the facilitation. There is a good video about he 1000 student SOLE session that I can share with you if you are interested. 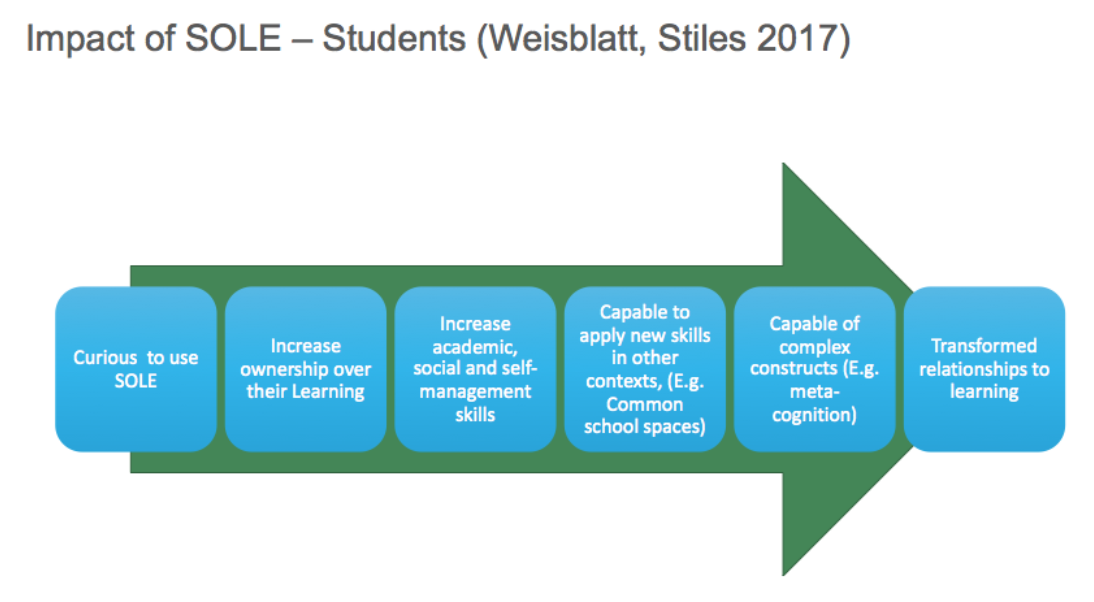 We have been able to partner with several Academic Researchers who were interested to see how this was working. They have been following the work every step of the way and are generating a decent amount of ground based research about the effect of SOLE on both the teachers who use it and the students who participate in SOLEs regularly.